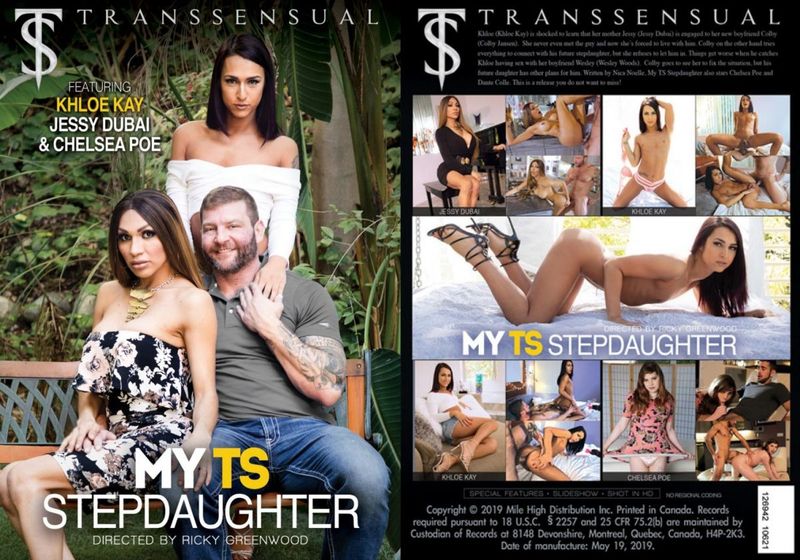 Год производства: 2019 г.
Страна: USA
Жанр: Shemale, Hardcore, Anal
Продолжительность: 01:43:44
Режиссер: Ricky Greenwood
Студия: Mile High Media, Transsensual
Язык: Английский
В ролях: Khloe Kay, Colby Jansen, Jessy Dubai, Chelsea Poe, Wesley Woods, Dante Colle
Описание: Khloe (Khloe Kay) is shocked to learn that her mother Jessy (Jessy Dubai) is engaged to her new boyfriend Colby (Colby Jansen). She never even met the guy and now she has to live with him. Colby on the other hand tries everything to connect with his future stepdaughter, but she refuses to let him in. Things get worse when he catches Khloe having sex with her boyfriend Wesley (Wesley Woods). Colby goes to see her to fix the situation, but his future daughter has other plans for him. Written by Nica Noelle, My TS Stepdaughter also stars Chelsea Poe and Dante Colle. This is a release you do not want to miss!